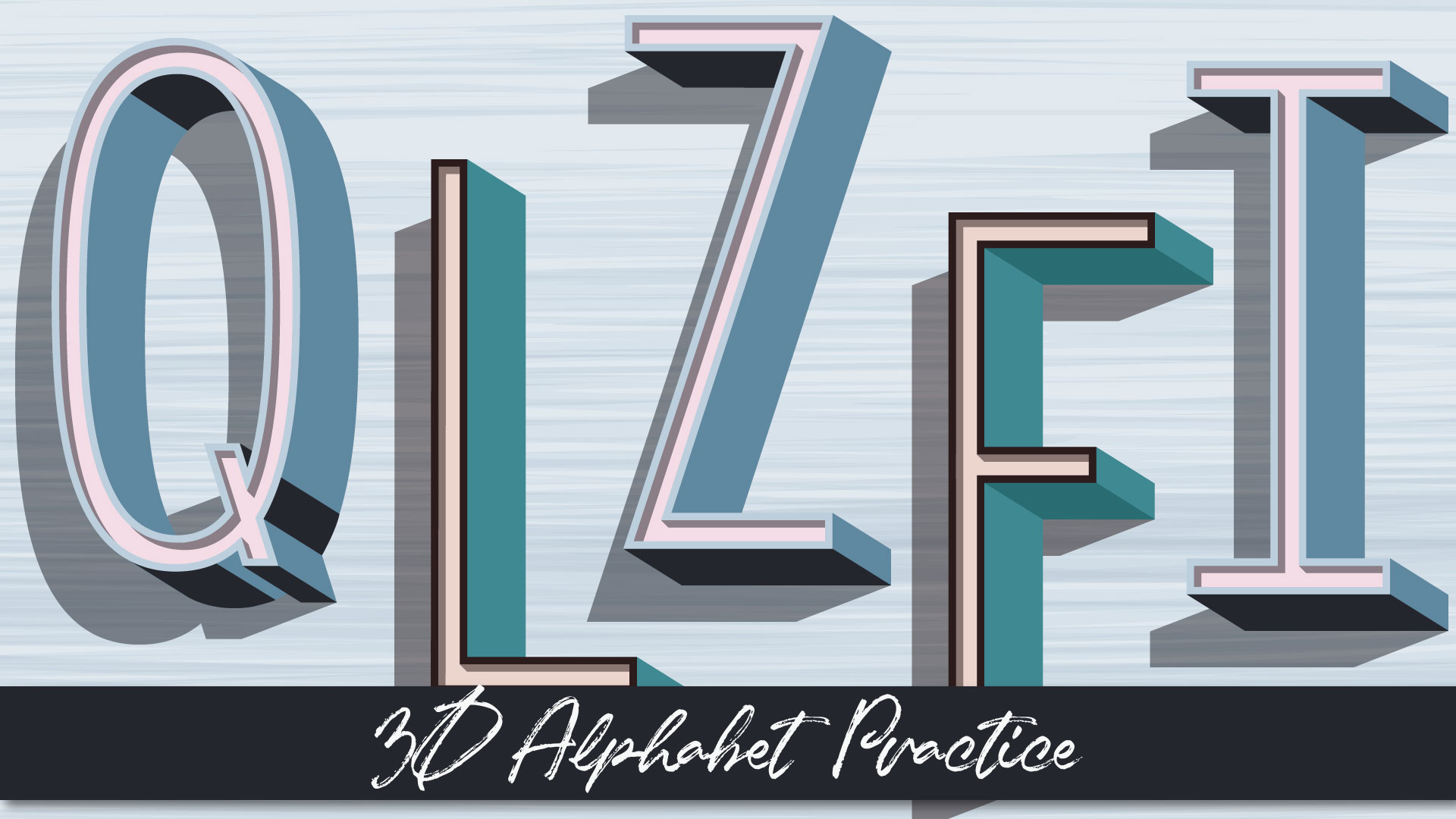 A few weeks ago Ian Barnard posted an article on his website called “Let’s Colour a 3D Letter“. I thought it was a really good idea and decided to give it a go. I chose to use Adobe Illustrator to create my alphabet and chose two colour palettes to use. I used Ian Barnard’s Letter Builder as a guide, it’s really helpful as a starting off point.

Here is the colour palettes that I chose:

I used the grid and started building the letters one by one using the pen tool, some shape tools and the path finder and shape builder tools. For the 3D effect and shadows I used the base letter, moved it where I wanted it and connected it with the pen tool and the pathfinder tool. I used the multiply effect and 50% opacity to get the shadow effect. Here are the parts that I ended up with for each letter:

I’ll create a full video tutorial in the coming weeks on creating a 3D Alphabet, till then, here are the two alphabets I ended up with – same letters different colour palettes.

Thank you so much for joining me on this practice journey, it’s lovely to share my work with you.

I'm a Creative Geek and work@homeschooling-mom with a love for illustration, pattern design & hand lettering. I share what I know, learn and do and hope to inspire, encourage and equip others creatives to follow their dreams and make new friends along the way.
← Previous: Teapot Illustration Series 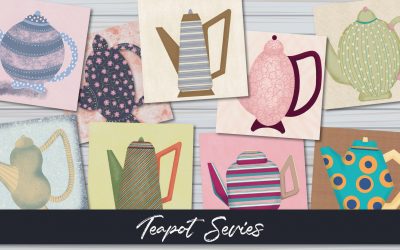 I really have to work hard at keeping a consistent practice routine (any routine really) and even more to consistently share my practice pieces, but I also realize if you don't consistently practice and consistently put your work out into the world there's a few... 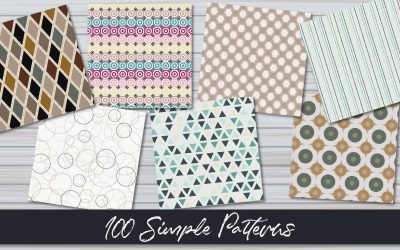 A few weeks ago I started a new project called "100 Simple Patterns". The idea is to create 100 simple patterns using shapes etc. in Illustrator with different colour palettes. The reason I started this challenge was because I felt so bogged down by my lack of...

In October 2019 I started a project for #inktober. I did a few drawings and also started playing with drawing some flower letters. I got sidetracked and never finished the project, but decided a few weeks ago to work at getting the project finished. It's been going...